Tasks are the basically the threads that run within the Executor JVM of a Worker node to do the needed computation. It is the smallest unit of execution that operates on a partition in our dataset. Given that Spark is an in-memory processing engine where all of the computation that a task does happens in-memory, its important to understand Task Memory Management...

1. What are the memory needs of a task?

Every task needs 2 kinds of memory: 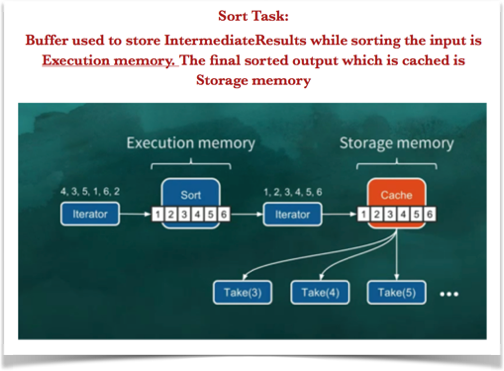 Now that we’ve seen the memory needs of a task, Let’s understand how Spark manages it..

2. Memory Management within a Task

How does Spark arbitrate between ExecutionMemory(EM) and StorageMemory(SM) within a Task?

Disadvantage: Because of the hard split of memory between Execution and Storage, even if the task doesn’t need any StorageMemory, ExecutionMemory will still be using only its chunk of the total available free memory.. 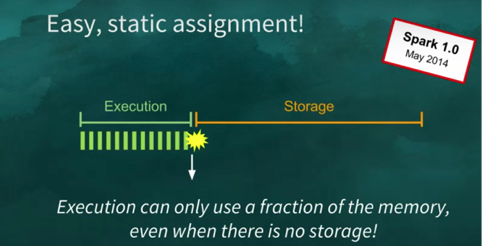 How to fix this?

UNIFIED MEMORY MANAGEMENT - This is how Unified Memory Management works: 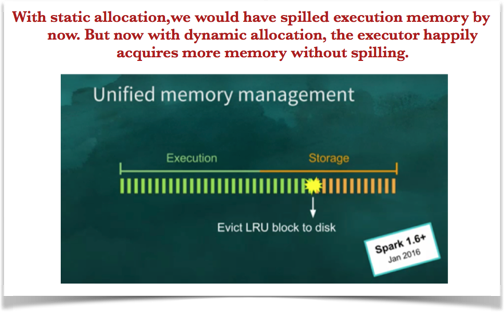 But, why to evict storage than execution memory?

Spilled execution data is always going to be read back from disk where as cached data may or may not be read back. (User might tend to aggressively cache data at times with/without its need.. )

What if application relies on caching like a Machine Learning application?

We can’t just blow away cached data like that in this case. So, for this usecase, spark allows user to specify minimal unevictable amount of storage a.k.a cache data. Notice this is not a reservation meaning, we don’t pre-allocate a chunk of storage for cache data such that execution cannot borrow from it. Rather, only when there’s cached data this value comes into effect..

3.Memory Management across the Tasks

How is memory shared among different tasks running on the same worker node?

Ans: Static Assignment (again!!) - No matter how many tasks are currently running, if the worker machine has 4 cores, we’ll have 4 fixed slots. 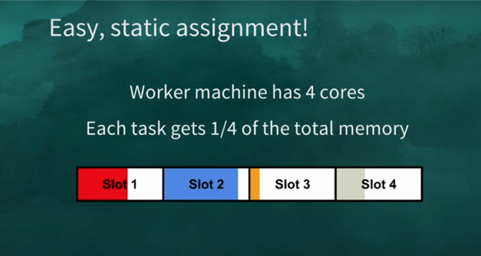 Drawback: Even if there’s only 1 task running, its going to get only one-quarter of the total memory.

More efficient alternative is Dynamic allocation where how much memory a task gets is dependent on total number of tasks running. If there is only one task running, it can feel free to acquire all the available memory. 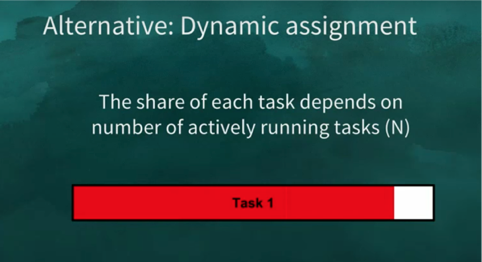 As soon as another task comes in, task1 will have to spill to disk and free space for task2 for fairness. So, number of slots are determined dynamically depending on active running tasks. 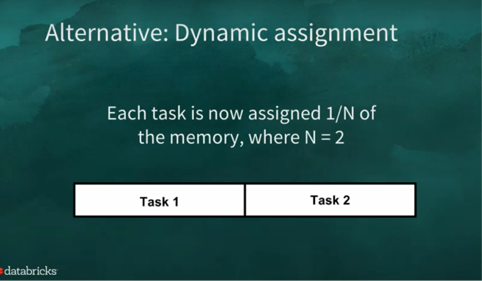 Key Advantage: One notable behaviour here is - What happens to a straggler which is a last remaining task. These straggler tasks are potentially expensive because everybody is already done but then this is the last remaining task. This model allocates all the memory to the straggler because number of actively running tasks is one. This has been there since spark 1.0 and its been working fine since then. So, Spark haven’t found a reason to change it. 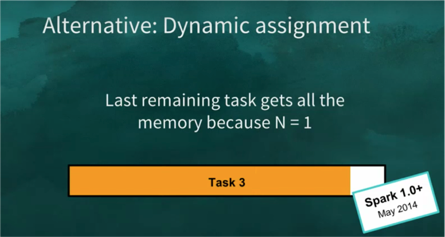